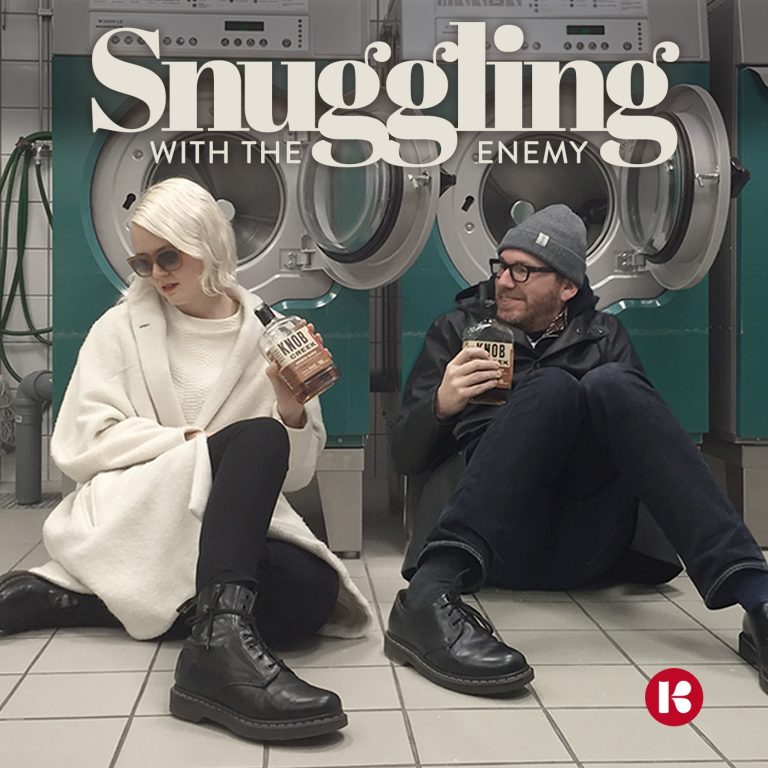 Snuggling with the Enemy is a podcast from Stockholm and the love child of Scott Ritcher and Karin Olli-Nilsson.

Scott and Karin met in 2012 when they went on a couple of dates. It wasn’t a match made in heaven, but it gave birth to what is perhaps the first and only podcast with a laugh track.

Karin Olli-Nilsson is a Swedish editor, quizmaster and culture vulture who’s been a Stockholm resident since 2012. Karin previously lived in England for nearly eight years, and has the accent to prove it.

Scott Ritcher is a Kentuckian graphic designer, magazine publisher, and musician who’s been living in Stockholm since 2009.

While there aren’t new episodes very often, the archive of a couple dozen can be found at snuggling.se, in Apple Podcasts or, as they say, wherever you get your podcasts.