All months would have the same number of days, 28, except the last month would have 29.

• There would be exactly four weeks in each month.

• Because the lunar cycle is about 28 days, you could roughly know the day of the month by looking at the Moon. New moons and full moons would be very close to the calendar.

• You would never have to remember how many days are in each month. 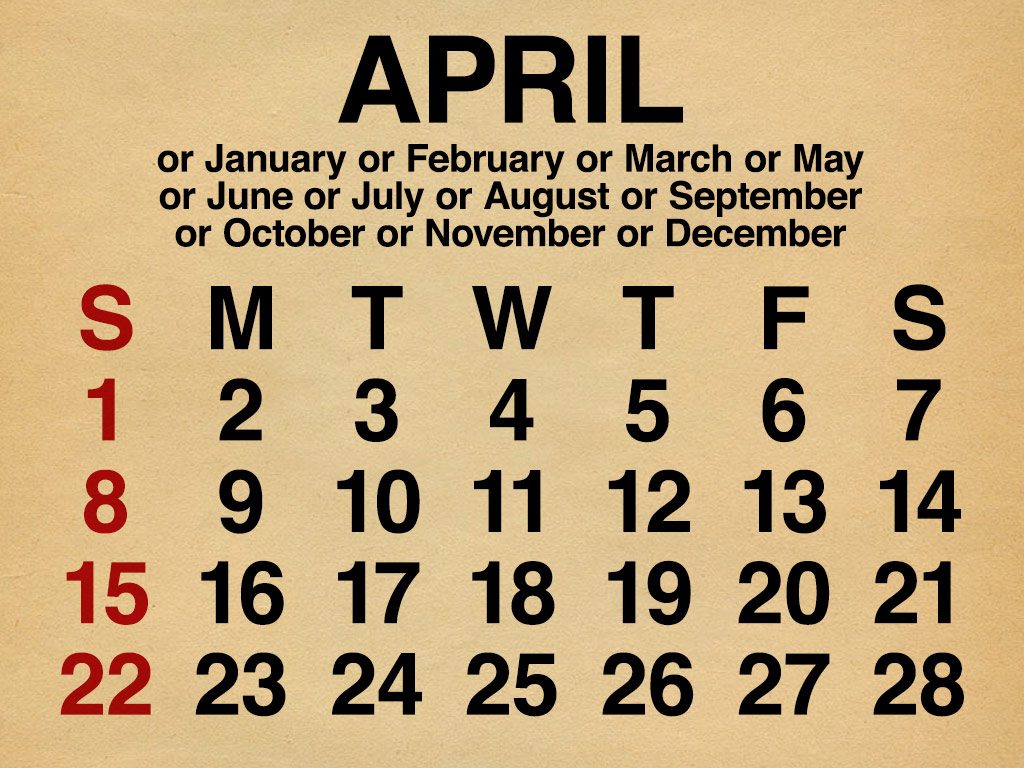 • Women would have a better idea of when to expect their “monthly” visitor. For example, for those who have clockwork cycles would know that the 14th of every month is a bad day to go swimming.

• We would still have Leap Year every four years by adding an extra day onto our already odd 13th month.

• Every several years, a year would occur in which every 13th would be Friday the 13th.

• We would need a name for the extra month. Chances are it would end up being something like Microsoftember.

• People who currently have birthdays on the 29th, 30th, or 31st, would remain the same age for the rest of their lives. We’d have to figure out a fix for that.