Sofia Karolina Talvik grew up on Orust, a Swedish fishing and boating island with a population 15,000 and a history that includes shout-outs in “Beowulf.”

She started playing the piano when she was 8 and still spends a lot of time playing and writing music, when she is not busy insulting me. She loves dinosaurs and sci-fi. Her favorite movie is The Ice Storm. (Of course it is, weirdo.)

Maybe she doesn’t realize that Jurassic Park is a way better movie which is also sci-fi and has dinosaurs in it. If you ever see Sofia singing somewhere, be sure to yell “Jurassic Park rules!” in between songs.

HOW EXCITED ARE YOU ABOUT THIS INTERVIEW ON A SCALE OF 1 TO 10?

OKAY. HAVE YOU EVER MET SOMEONE ON A BUS, TRAIN OR AIRPLANE, AND THEN CONTACTED THEM AGAIN? 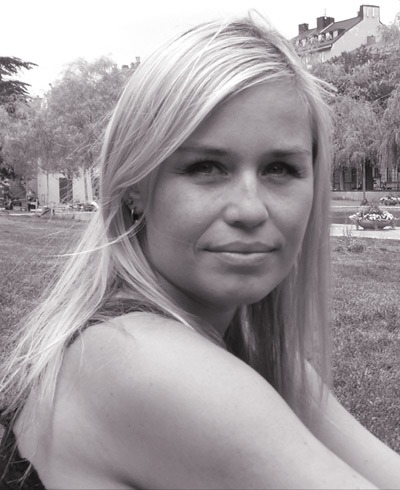 [laughter] I met a guy on the subway once and we went out for a date a couple of weeks later.

DID HE COME UP AND TALK TO YOU?

Um, we kind of bumped into each other. It was only that one date, though.

WOULD YOU RECOMMEND MEETING PEOPLE ON THE SUBWAY?

[laughter] Yeah, sure. Why not? [laughter]

TELL ME ABOUT YOUR FIRST JOB.

Like my first, FIRST job, or my first “real” job?

THE FIRST TIME THAT YOU GOT PAID FOR WORKIN’.

[laughter] The first time I got paid for working. I was probably maybe 8 or 10 or something, and I did my own magazine. 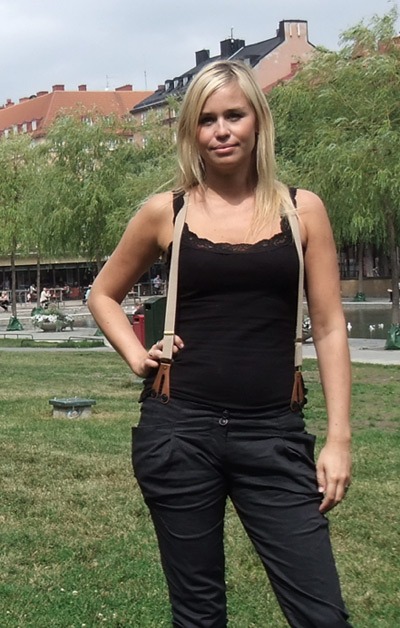 It was called K Composite. [much laughter]

OH, I LOVE THAT MAGAZINE!

It was actually called The Nightfly or The Dayfly or something like that. And I wrote about stuff that happened in our neighborhood. Then I photocopied it and I went around and sold it to the neighbors.

WAS IT PRETTY SUCCESSFUL?

That was a lot of money when you were 10.

THE PRICE OF NIGHTFLY IS GOIN’ THROUGH THE ROOF THESE DAYS! [laughter] HOW MANY ISSUES DID YOU MAKE?

Probably two or three. And I did it on a typewriter, as well, and there were recipes and stuff in it.

WOULD YOU EVER KNOWINGLY BE FRIENDS WITH SOMEONE WHO HAS A RED HOT CHILI PEPPERS TATTOO?

[laughter] Are you referring to yourself?

NO. I DO NOT HAVE A RED HOT CHILI PEPPERS TATTOO.

It’s okay. You can tell me. [laughter]

OKAY, LET ME SHOW YOU MY BACK. [laughter]

Yeah, of course I would. People can have whatever stupid tattoos they like.

YOU HAVE PRETTY LOW STANDARDS?

Yeah. I’m friends with you, aren’t I?