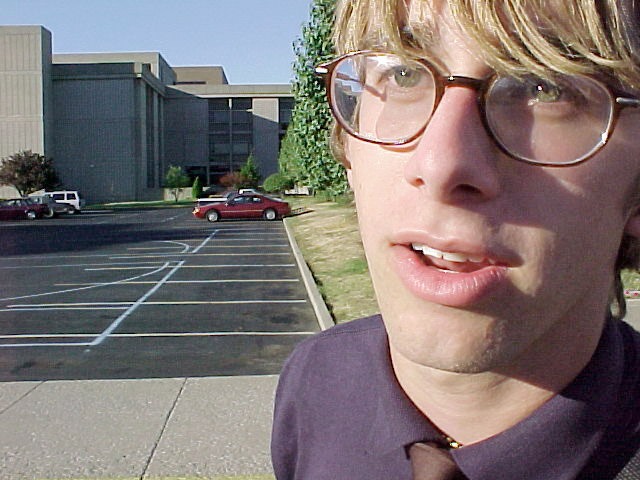 When Miles Harvey was interviewed for K Composite in 1999, he was a senior at St. Francis High School which was located downstairs in the same building as the K Composite office. We saw him now and again around the entrance and at fire drills and stuff like that.

Miles is the kind of guy that could be really good at selling used cars. Always trying to be the comedian. His latest adventure is his goal to always wear ties and suits no matter where he’s going. A dream that all of us have had at one time yet few of us have achieved. Twenty questions with the guy that you just can’t help but like a little.

WHAT WERE YOU DOING WHEN THE SPACE SHUTTLE BLEW UP?

I was eating glue.

HOW MANY GIRLS HAVE YOU KISSED IN YOUR LIFE, AND DO YOU WISH THE NUMBER WAS HIGHER OR LOWER?

I’ve kissed 7 girls in my life not counting the time I kissed 22 girls – 3 French style – at Rock the Water Tower. I wish the number was lower because one time I made out with this really ugly girl at a party. But that’s another story…

WHO ARE YOUR FAVORITE ACTOR AND ACTRESS? 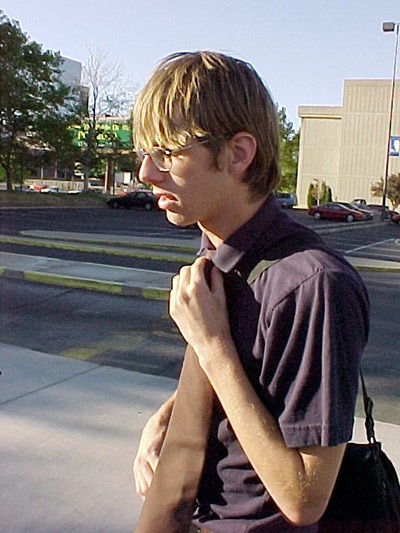 WHO IS YOUR FAVORITE PROFESSIONAL WRESTLER? AND WHY?

I love the wrestler Steven Regal because his thing when he gets in the ring before the fight is to imitate being very afraid. He has never won a match and they say he has been around for as long as wrestling has existed, but really I think that is just to accuse the fact that he is really old.

WHAT NEEDS TO BE INVENTED THAT HASN’T BEEN YET?

Hovercrafts with lasers that burn your eyes out.

WHAT IS THE PURPOSE OF BEER?

The purpose of beer is to loosen up and have a good time, let it all hang out. I’m doing that anyway. People always say, “Dude, imagine what you’d be like if you drank. I want to be there when you start drinking ’cause you’ll be funny as hell.” My response to that is, “You’re an idiot.”

IF SOMEONE WERE MAKING A MOVIE OF YOUR LIFE, WHO WOULD PLAY YOU?

I would be played by Gary Busey.

WHO WOULD PLAY YOUR GIRLFRIEND AND YOUR BOSS?

My girlfriend and boss would also be played by Gary Busey.

WHO WAS YOUR FAVORITE 19TH CENTURY AMERICAN PRESIDENT?

I’m going to answer as if you asked me 20th century president and the answer is Nixon because the night before his resignation, at like one in the morning, he fired almost everyone in the White House.

WHAT IS YOUR FAVORITE BATTERY SIZE?

Double A, baby, Double A.

WHAT IS YOUR BIGGEST FEAR?

It is a tie between tongue cancer and the world being destroyed by a giant asteroid. But I just live day to day, you know.

WHAT IS YOUR FAVORITE DARKEST MOMENT IN AMERICAN HISTORY? AND WHY?

The isolation of Japanese in America during World War II, because it is so crazy and imperialistic, but hardly anyone knows about it.

IF YOU LIVED IN A CITY CALLED LOUISVILLE AND YOU HAD THE OPPORTUNITY TO SEND A MESSAGE INTO OUTER SPACE ON THE EVE OF THE NEW MILLENNIUM, WHAT WOULD YOUR MESSAGE BE?