Favorite Atari game: “I have never played Atari, though I did play Mario Brothers and Duck Hunt in my basement growing up.”

Mary Regal is the proof for me that the most prized people in one’s life may not be those you see all the time or even communicate with every day.

I met Mary at my friend Megan Riggle’s birthday party in Chicago in April 2007. We talked over Old Style Beer and a huge bowl of homemade guacamole. I took a bunch of photos of her that night, including the one below, which shows Mary giving me her contact info. That was the beginning of a long-distance friendship that followed us wherever we moved.

We haven’t been in the same place at the same time nearly enough times, yet I feel that Mary is one of the most special people I know.

Our communications always make my day, so I have very much anticipated digging into interviewing her for K Composite.

When little Mary Therese Regal was 13, her family went on a cross-country road trip and spent a lot of time visiting the graves of dead poets.

Her mother has always had an affection for the Church and named her after St. Therese de Lisieux. Even that may not have been preparation enough for mom stepping out of a cab to meet Mary a few years ago wearing a nun’s habit after having joined the convent.

As an adult, Mary is an interior designer (maryregal.com) and optician who loves vodka gimlets with extra limes, but usually drinks wine or local craft beers at home. She loves magazines and shows about remodeling projects, and she decorates her own spaces with natural elements like wooden sticks.

After many years in Chicago, she has recently moved back to her hometown outside Minneapolis to purchase and undertake the complete renovation of a seventies-era suburban house.

I wish I could have swung by to interview Mary in person, but she’s on the other side of the world from me at the moment. So instead, she took a few breaks from scrubbing and painting to answer these questions via the Internet. Then we collaborated online in picking out the rest of these images from her personal photo albums. 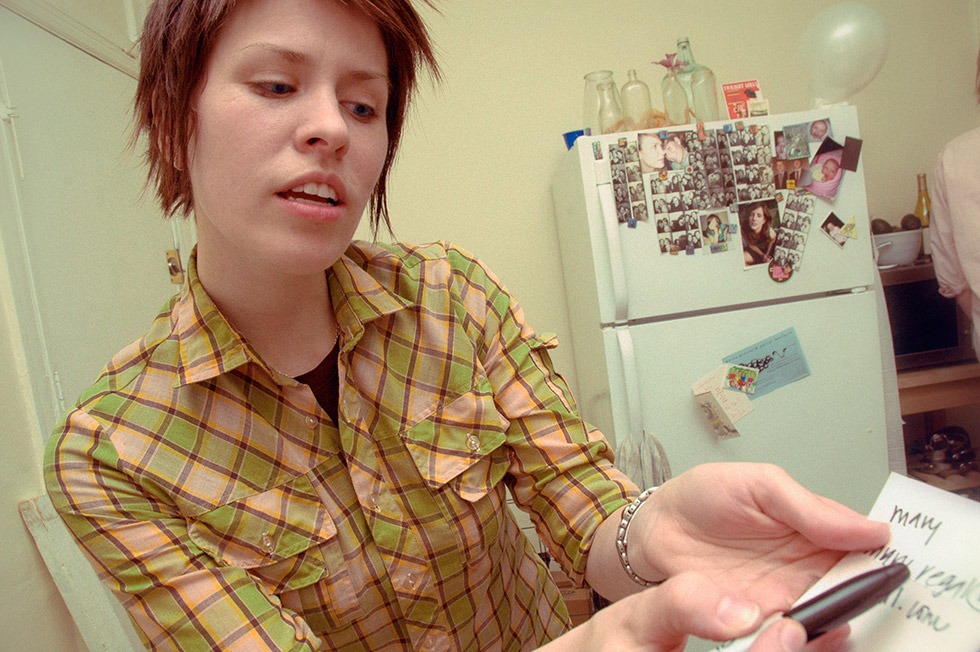 Lately I’ve been experiencing a series of “what-the-hell-how-did-i-not-know-that” moments. For instance, i just found out Michelle Williams was on Dawson’s Creek. And after almost two years in Sweden, I had always thought Gothenburg was farther north than Stockholm. Turns out it’s farther south. Have you ever experienced any eye-opening moments regarding things you thought you knew or should have known about?

Just this past year, I found out that the speed limit on city streets in Chicago is 30 miles per hour. This is on all city streets, even major ones like Western Avenue and Chicago Avenue. I had no idea! I spent almost ten years routinely breaking the speed limit. I would travel upwards of double the speed limit everyday.

I took a poll not too long ago and turns out that most people know the speed limit is 30. But how? There are no signs anywhere. Good thing I never got a ticket. Knock on wood that I won’t now either. I can’t imagine going so slow. You would get nowhere fast.

What is the fastest you’ve ever driven a car?

I used to drive cars pretty fast when I was in high school. I have definitely mellowed out since then, though often I can be found going 60 in a 30 in Chicago. I mean, Western Avenue is huge and people are dilly dallying anyways.

The fastest though, probably 110 [that’s 177 km/h]. Obviously, I was trying to go fast, not just trying to get someplace, though I suppose I did get wherever I was going faster.

I was pulled over once for speeding – shocker – I was on Highway 77, Minnesota. I think I was going 15 over, but I was on my way to get my hair done for prom. I had places to be!

My high school years have been captured in meticulously accurate scrapbooks that I made when I was 17. To answer your question, I have been meaning to dig out my scrapbook so I could tell you exactly where I went for prom, what I had to eat at dinner and what the theme was. But I don’t think I have unpacked that box, which is a shame.

Did you go to dinner and did you dance?

From memory, I wore a dark blue dress and went to a restaurant in downtown Minneapolis. I was a huge fan of white fish – maybe it was walleye? – and mashed potatoes at the time. So most likely I ate something like that.

Do you remember if your prom had a theme?

I think the theme was “Starry Night.” I think I may have been on the planning committee. I believe we had it in a cave in St. Paul. Just Googled… Yes, the Wabasha Street Caves.

From what I remember I had a great time. I always dance at a dance. Now, I don’t know how I did it without a drink, but I had a really good time in high school. 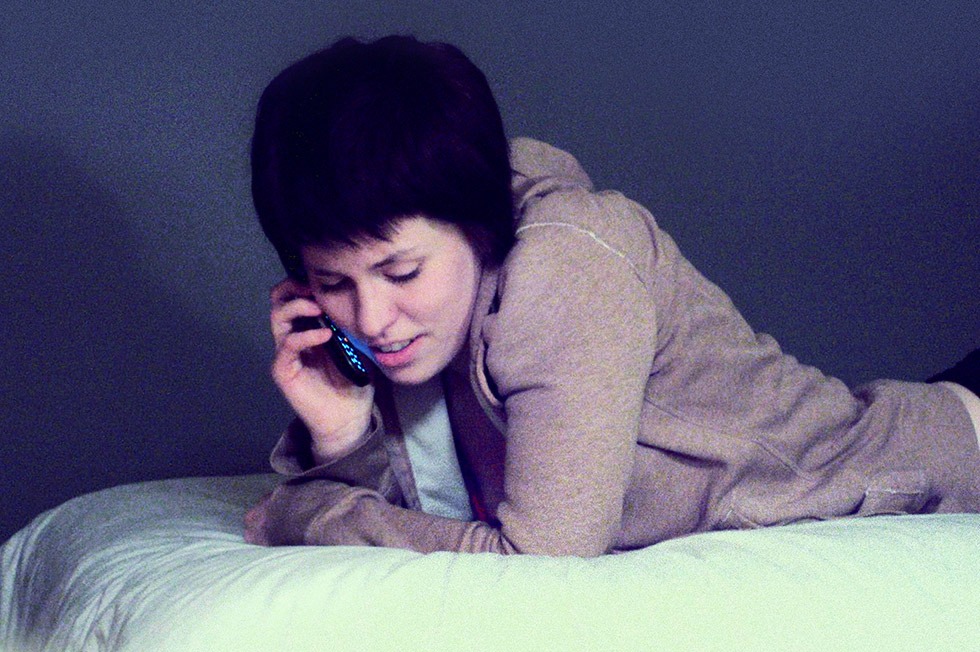 Do you know the difference between port, bow, stern and starboard? For instance, if you hit someone with the starboard side of your Prius while going twice the speed limit on Chicago Avenue, would that be the passenger’s side of the car?

Okay, I am not sure I know the difference between all of those boating terms, but if I had to guess and pretend to sound like I know what I am talking about — with movie scenes from Titanic going through my mind — I would say…

Port. Isn’t that where the boats dock? For example, “I will meet you after I go fishing for the day, over at the port down by the Fisherman’s Wharf Restaurant.”

Bow. This is the front of the ship, way out at the front, yeah?

Stern. Also, at the front, but perhaps where the steering of the boat happens..

Starboard. I definitely think this is referring to a side. Maybe the right side. Or possibly the left, but I think it is the right.

Uhh… maybe. I will look those up now. I have a feeling if I watched one of those Discovery shows… what is it called — Mighty Catch or something — that I would be more fluent in sea-slash-boating language.

Do you know what those words mean?

I recently made a point to learn them because I felt like I should know. You were pretty close. Port would be the driver’s side of an American car, easy to remember because “port” and “left” have four letters. Bow is the front – I remember that because you bow forward. Stern is the back. I remember that because steamboats are sternwheelers, so they have big paddle wheels at the stern. The only other one is starboard, so that would be the passenger side.

A couple years ago you moved New York for what seemed to be an awesome new job, but it only lasted like a minute. What happened there?

So a couple of years ago I did move to New York City for an awesome job. I found a great apartment, with a lot of light and met a lot of nice people. Then several things happened. A: I missed Chicago. I missed my routine there and my friends. And B: the market crashed and everyone lost their jobs, so it worked out, I suppose, in the end. I wanted to leave and I also had to leave.

Have you ever witnessed a crime? If so, did you do anything?

Scott, I don’t think I have ever witnessed a crime. Isn’t that interesting? In all my years, no crime. I mean I suppose I have witnessed littering in action, but no, I didn’t do anything about it. Well, except pick up the litter when I could. The worst is when you see people toss things out their car windows. I mean, what? Can’t you hold onto your burger wrappers, cigarette wrappers, banana peels until you get to the next trash can? 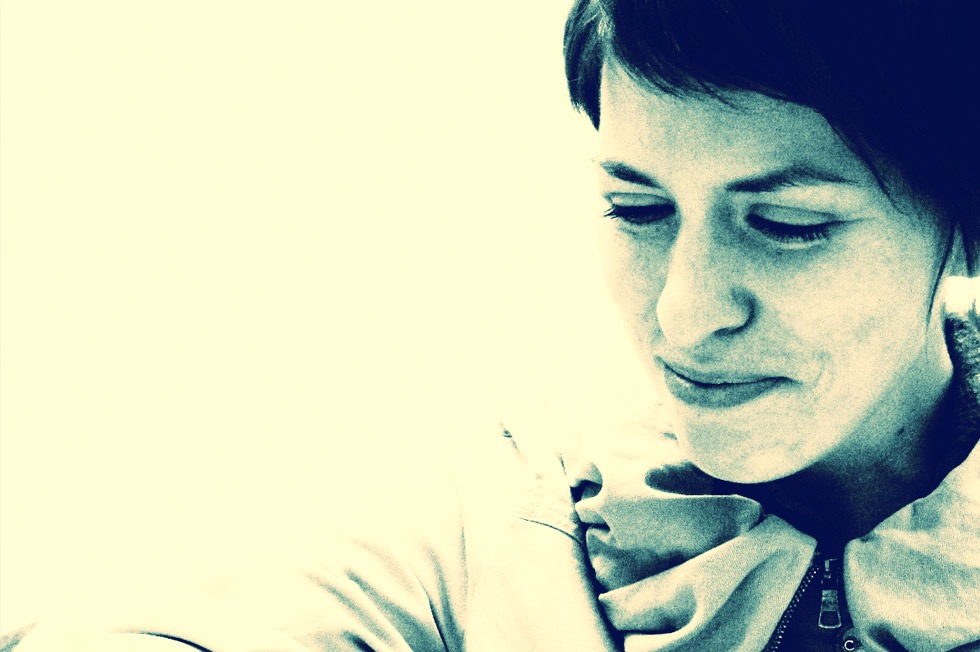 Keeping in mind that your cats can’t read and they will never know your answer, who do like better, Thor or Wim?

Plain and simple, I like Thor better. Don’t tell Wim. Thor has always been tougher to figure out. Wim has always just been out there — loving me and hanging all over me. I think I like the hard-to-get aspect. I mean, what does that say about me?

Do you see floaters when you look at bright things?

No. Speaking optically, as it is my profession, it is very common, and most people do. What can I say? I have extraordinary eyes!

Once when we were talking about spicy foods you told me that you are “really into bland and plain.” Have you ever tried to expand the range of tastes you like?

All the time, Scott. I never used to like yellow mustard, now I do! I never used to add chili powder if a recipe called for it, now I add a dash. I mean, I am crazy now!

I was vegan for almost a year, but ice cream and cheese did me in. You’ve been vegan for eight years, don’t you miss them?

I miss cheese considerably, as there is no real good vegan substitute. There are some tasty ice cream substitutes, though.

If there was a sit-com about your life, what would your catchphrase be?

When talking to patients and I am about to say some long, involved answer to some pretty stupid question, I generally say, “Okay, here’s the story…”

My character would also clearly have to have a bad memory.

How long do you expect to live? 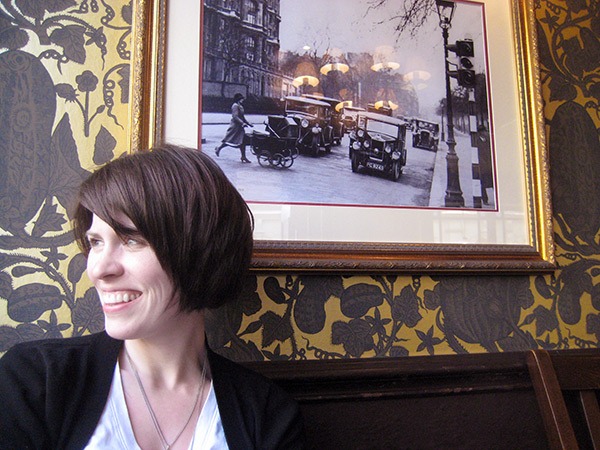 Scott, I think everyone is smart.

Do you have a favorite recipe you could share?

Hmm… Here is a garlic bread recipe. I think the dill makes it different than most, and definitely tastier, though I am a huge fan of dill.

1 stick vegan butter. I adore/love/always have on hand, Earth Balance

Generally speaking, I take the quick route and microwave the butter and the garlic together, about one minute, until it is completely melted. You could absolutely pop these on the stove and get it melted that way. But don’t burn your garlic. It is sensitive.

Next, put all of your dried herbs and garlic powder in with the butter and finish with a pinch of cayenne pepper. If you put it on the stove for the first part, I would definitely recommend taking the butter mixture and putting it in a separate container and then adding the herbs. Let the mixture sit until it hardens up again.

Then take that delicious smelling mixture and slather it on your baguette halves, pop them together again, and wrap foil around it.

Bake for twenty minutes at 350° [Fahrenheit].

Careful with this next step, Scott. Turn on the broiler, I put it on high because I am usually getting impatient by this step, and toast the tops for about two minutes. Make sure they don’t burn.

There you have it!