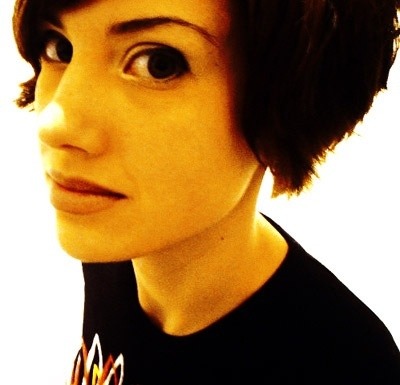 Kate Middleton was a scholarship student at Xavier University in Cincinnati when interviewed in 1999 (in moving vehicle while making the 164-kilometer trip back to school from a weekend at her family’s permanent home in Louisville).

Her name is not Katherine, but Kate, and her middle name is not Shannon, but Shane. She doesn’t like the feeling of being put on the spot, which sometimes made her experience with K Composite a little hellish… kind of like the reconstructive surgery she had following a rollerblading accident.

ON A SCALE OF 1 TO 10, HOW GUILTY DO YOU FEEL WHEN YOU KILL INSECTS?

DOES THE SIZE OF THE INSECT MAKE A DIFFERENCE IN THE AMOUNT OF GUILT YOU FEEL?

No. But I, I don’t know. I don’t really kill bugs a whole lot. Only if it’s on me. Because if it’s just out there doing it’s thing, and I’m doing my thing that’s fine. I will just make it’s thing be outside instead of in my house. But other than that, like if it bugs me, it’s out. No pun intended. [laughter]

IF YOU WERE A FOREIGNER, WHAT COUNTRY WOULD YOU LIKE TO BE FROM?

Ireland cause they’re nice. We need more nice people in the world. Ireland. 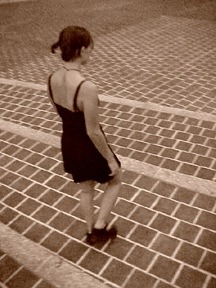 I was actually going to major in art. I like it, but it pisses me off because if I have a bad art day I’m pissed. I think if I majored in art I would be manic depressive. Because I would either be really excited or really angry so I like it but I’m real critical about it. I guess if you do it your more critical. So, yeah, I like art.

HOW OFTEN DO YOU MAIL THINGS?

…do I mail things? Like snail mail or e-mail? Just mail. Oh, I send people e-mail… I e-mail people everyday. I send snail mail to because cards are the best, like on your birthday. Like real cards. Virtual cards are cool and all, but I always have to send mail to my family so they know that I haven’t forgotten about them, because they’re kind of mad at me for being in Cincinnati or whatever kind of like a close-knit family. So I send them cards a lot. So lets see, you want a number? At least twice… two, three, four times a month, we’ll say.

THAT’S A GOOD AMOUNT TO MAIL. 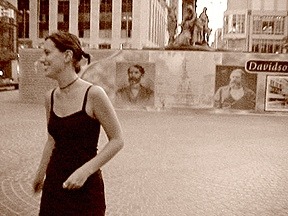 HOW MANY MONTHLY BILLS DO YOU HAVE AND WHAT ARE THEY FOR?

[laughter] Bills… I have a MasterCard bill, an Express card bill. I have the phone bill, the Cinergy [Cincinnati’s gas and electric company] bill, um… rent we don’t pay a water bill because it’s included. And I’m trying to think what else do I have to pay. I think that’s it.

WHAT IS YOUR HEIGHT?

I don’t know how tall I am. I went to the doctor and they tried to tell me that I’m 5’6″ and a half, but I think I’m taller than that. 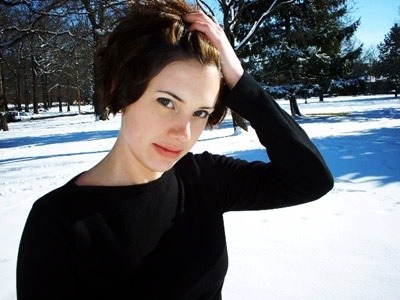 YOU SEEM TALLER THAN THAT.

IF SOMEONE WERE MAKING A MOVIE OF YOUR LIFE, WHO WOULD PLAY YOU?

I don’t know. Can you let me think about that one? Don’t you think that’s a tough question?

YEAH, THAT IS A TOUGH QUESTION. I’D HAVE WILL SMITH PLAY ME.

[laughter] You’d have Will Smith play you? Why? I guess you’re not getting interviewed, but I still want to know why.

I DON’T KNOW, BECAUSE IT’D JUST BE FUNNY.

That’s so funny. [laughs] I don’t watch movies enough to know what actors… I don’t know. I really don’t. I don’t like actresses that much. I wouldn’t want them to play me. In fact, I would feel bad for them having to play my life because there’s not really anything that happens. I can’t think of anything exciting going on in my life. No one in particular. I’m not a big Hollywood fan. I like movies, somtimes, but I don’t see them a lot… 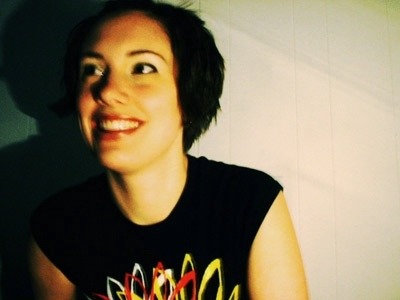 ARE YOU PICKING CLAIRE DANES?

YOU REALLY HAVE TO.

Does it have to be someone famous?

Because I have a friend that’s all into acting and she thinks she’s going to be a big actress. Her uncle out in California, he’s producing movies and stuff, and he’s trying to make his way up in the world. Maybe I would get her to do it, simply because she’s known me my whole life and I guess she’d probably do a better job. Not that Hollywood is really true to life, anyway, but I’d probably get my friend Erin to do it. How about that? Can I say that?

Her big break? All right. If that would be considered a big break. [laughs]… Where do you come up with these questions?

ME AND SCOTT JUST SIT AROUND AND BRAINSTORM.

I told you, I’m not creative enough with these questions.