Devoted film fan Joe Walker watches a lot of movies. In fact, that’s about all he ever does. He pays attention, too, and is a veritable fountain of knowledge about the most trivial details of particular films. He’s been known to get into in-depth discussions about the differences among the “Karate Kid” pictures.

His favorite Atari game is Yars’ Revenge. Speaking of video games, he once sold his soul to the Devil in exchange for beating Miles Harvey in a game of video basketball. Miles appeared in K Composite 7 and conducted this interview with his friend Joe Walker in 2000. Joe was photographed by another K Composite alumnus, Katherine Bilby, who appeared in Issue #8. 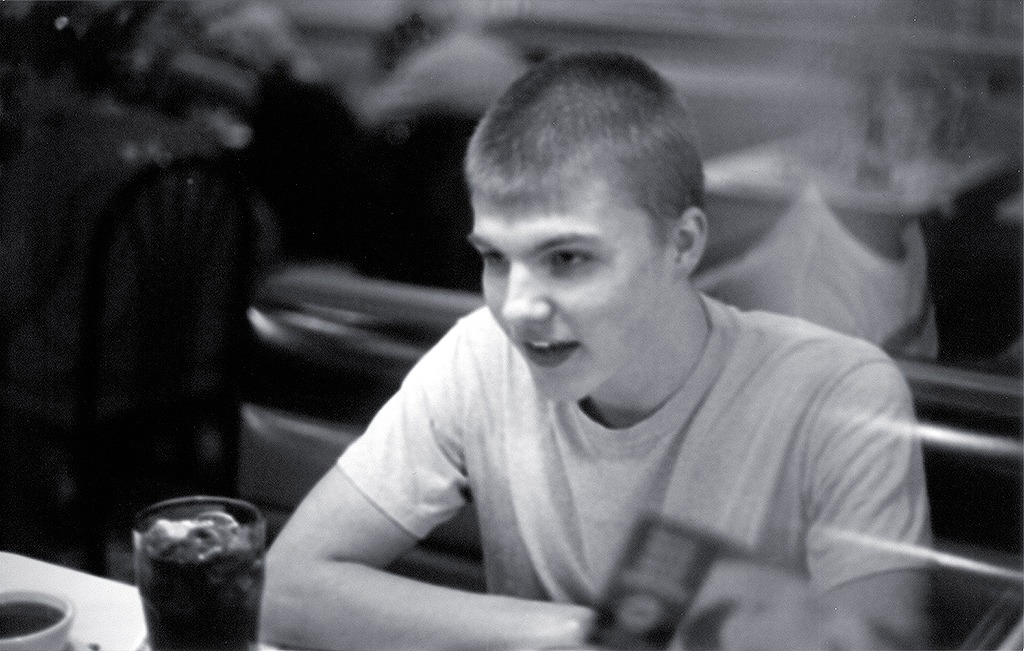 HAVE YOU EVER SEEN THE MOVIE “TO WONG FOO, THANKS FOR EVERYTHING, JULIE NEWMAR”? 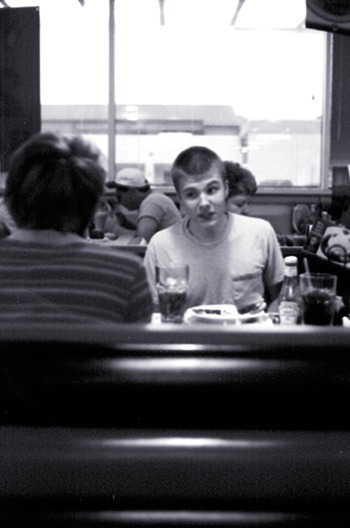 No. I know that Wesley Snipes was in it. Patrick Swayze was in it. John Leguizamo was in it. I’ve never seen it. I remember the ad campaign fairly vividly. I just never got around to seeing it, you know?

THEY’RE CROSS-DRESSING IN IT, YOU KNOW?

WHAT DO YOU THINK ABOUT PATRICK SWAYZE CROSS-DRESSING?

I’m fine with it, I think. He was trying to get past the whole “Road House”/”Next of Kin” thing. And he was trying… I think he was trying to broaden his acting horizons, but he just ended up in “Black Dog.” [laughter] I remember… [laughs] I remember being impressed with how unwieldy the title was.

YEAH, THAT WAS QUITE NICE. I THOUGHT IT WAS LUIS GUZMÁN…

ALRIGHT. YOU WOULD KNOW.

Because… we can look it up if you want.

Um… I would feel more comfortable looking it up. It won’t take me that long.

Alright. [talking while looking through a book about films…] I wish it was Luis Guzmán. I like Leguizamo. I didn’t always like him, but I now like him.

AFTER HIS ONE-MAN SHOW?

Yeah, after the one-man show of John Leguizamo’s “Freak.” And coincidentally, John Leguizamo and um… Luis Guzmán were in that Latino sketch comedy show on Fox, “House of Buggin’.” [after finding the entry for the movie “Too Wong Foo, Thanks for Everything, Julie Newmar”…] John Leguizamo! 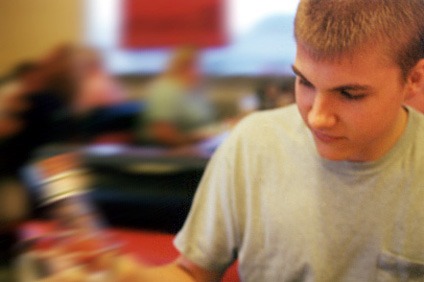 IF YOU WERE GOING TO RUN FOR MAYOR WHAT WOULD BE YOUR PLATFORM?

Here’s my vision: [laughter] My vision is that I was driving in the car one day, and I was thinking that at this point in time there is absolutely no reason for any business to ever close. Every single business should operate on a 24-hour basis. I mean, my whole theory is that you would have to start with the factory workers. You have to start with the heart, the pulse of America. So you get these factories and they’re working 24 hours, and so now, they get off of work at night and they need some place to go. They need stores to shop in, they need places to eat, they need clubs to dance in. [laughs] You’ve got everything… Once you get people up at night, it will automatically support itself. These 24-hour business will automatically support themselves.

AND THAT WILL HELP COPE WITH OVERPOPULATION IN THE FUTURE, WON’T IT?

Yes. Especially to the point where our population will double. Once our population effectively doubles, we can break up the society into an equal number of Day people and Night people, as I refer to them.

WOULDN’T YOU BE WORRIED ABOUT THE NIGHT PEOPLE BEING GROTESQUE AND PALE AND WHATNOT?

Um… There are some worries about that, but I’ve never seen… I mean, people do work the night shift and I don’t think they’re particularly gross.

WE COULD TAKE ALL THE NATURALLY TAN PEOPLE AND THEY COULD BE THE NIGHT PEOPLE.

You’re out in the sun all the time.

NOT REALLY. WHAT DO I DO IN THE SUN ALL THE TIME?

I don’t know. You go outside. [laughter]

YOU’RE NOT VERY PALE, AND YOU DON’T GO OUTSIDE MUCH.

So we would be Night people, I guess.

OKAY. I WOULDN’T MIND THAT.

Well, see, it has to be the person’s choice to be a Night person.

WELL, WHAT IF NO ONE WOULD CHOOSE TO BE NIGHT PEOPLE?

WHAT DO YOU THINK ABOUT THE FACT THAT RUSSIAN PRISONS ALREADY RUN THIS POLICY? WHAT KIND OF A SIGN IS THAT? 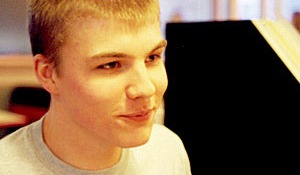 I think… Well, it’s a bad sign, but, see, the important thing is that… The whole beauty of this system is that what will work all the kinks out is capitalism. Because the reason these stores are going to stay open 24 hours is because there are now these people who will buy things from these stores. And you’d never have a problem where “this thing doesn’t want to be 24 hours” because these things will need to be 24 hours all of a sudden.

SO WHAT WOULD YOUR CAMPAIGN POSTER SAY?

HOW HAS YOUR LIFE BEEN DIFFERENT SINCE YOU SOLD YOUR SOUL TO THE DEVIL?

Um, I don’t believe that the Devil actual owns my soul. [talking to the tape recorder…] Miles is referring to this incident where we were playing videogame basketball and I joking said [laughing] “If I win this game…” I think I offered my soul to the Devil – as a joke or something – if I could win the game, and I won! I was down by a substantial amount and I came back. And, you know, my whole take on it is if there’s any two guys who can take a joke it’s God and the Devil.

Because they’ve been around this long, and I think they have probably learned by now to make light of things like young, foolish kids offering their soul to the Devil so they can win a videogame.

IT’S NOT LIKE A LOT OF PEOPLE GO AROUND SELLING THEIR SOUL TO THE DEVIL. I THINK THAT HE JUMPS ON A CHANCE LIKE THAT.

Isn’t the Faustian deal… Don’t you have to sign something? I never signed anything!

BUT YOU WON THE GAME, DIDN’T YOU?

BUT THAT’S EXACTLY WHY HE CAN, BECAUSE HE’S THE DEVIL! HE CAN JUST TAKE YOUR SOUL BECAUSE YOU SAID IT.

He can’t just take it.

GOD IS AN HONEST MAN. IF HE KNOWS YOU SAID THAT AND YOU WON THE GAME, HE’LL GIVE YOU UP.

See, this doesn’t go along with the whole fact that I’m going to Heaven. Now does it?

NO IT DOESN’T. BUT YOU’RE NOT ANYMORE.

DID YOU SAY, “I WILL GIVE MY SOUL TO THE DEVIL IF I WIN THIS GAME OF BASKETBALL”?

AND DID YOU WIN THE GAME OF BASKETBALL?

Yes, but I… It’s a joke! [laughs] Did you not think that it was funny when I was doing it?

YEAH, BUT MAYBE I’VE GOT A BAD SENSE OF HUMOR.

I don’t know. I think it’s funny to offer your soul to the Devil over something trivial, even though I take videogame basketball pretty seriously while I’m playing it, it’s funny. Never in my wildest imagination did I imagine the Devil ever possessing my soul.

YOU SHOULD HAVE THOUGHT OF THAT BEFORE YOU GAVE IT TO HIM.

Wouldn’t I be experiencing some sort of drawback by now?

NO, BECAUSE IT WILL ALL HAPPEN IN THE AFTERLIFE.

Maybe I’ll just be in Purgatory for longer than the average person. I don’t know. I’m a pretty shrewd businessman, maybe I can weasel the Devil out of my soul.

[laughter] What if I were to get two other people to give their souls to the Devil in exchange for me getting mine back.

WHO ARE YOU GOING TO GET TO FALL FOR THAT?

SEE, I’D GIVE IT UP FOR YOU BECAUSE I DON’T REALLY BELIEVE IN THAT TYPE OF THING…

Do you want to?

…THEN AGAIN, I THINK YOU SHOULD PAY FOR THAT MISTAKE YOU MADE.

NO, YOU SOLD YOUR SOUL TO THE DEVIL!

Why do you want to see me burn in Hell? Do you have any idea how terrible Hell is? Hell is so terrible they wouldn’t just send people there for jokingly mentioning about selling your soul to the Devil. Murderers are down there! Murderers! Not people who joke around about stuff.

SO YOU MOCK HIM?

I’m saying he can’t just take a soul or he’d be taking everybody’s.

I GUESS YOU’VE GOT A POINT THERE, BUT MAYBE HE TAKES EVERYBODY’S WHO SOLD IT TO HIM.

I think of all contracts, this would have to be a written contract…

YEAH, BUT THE DEVIL WAS SAYING, “IS HE REALLY DOING THIS?!” [laughter] YOU SHOULD HAVE ASKED FOR SOMETHING ELSE.