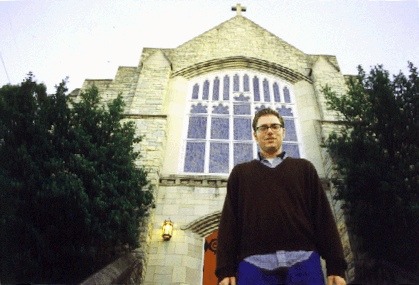 Jim Suptic lives in the Kansas City area and plays in a band. During a tour stop in Louisville in the summer of 1999, he was interviewed for K Composite by Mark Brickey. 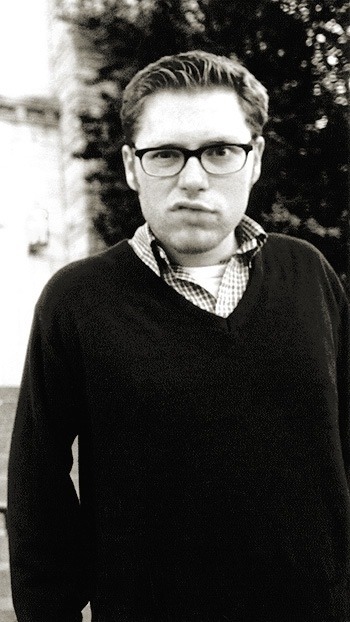 HAVE YOU EVER DONE IT IN THE SHOWER?

Of course! The pool. A Jacuzzi bathtub. Those are the best. Jacuzzi bathtub, the big ones that you get in specialty hotel rooms, where you can go by the hour [laughter]. Hourly rates.

WHAT DO YOU DO WITH YOUR FREE TIME?

Play video games, play guitar, hang out with my girlfriend, listen to music. That’s all I really do is listen to music and play music, and watch movies.

DESCRIBE TELEVISION AS IF TO SOMEONE WHO HAS NO IDEA WHAT IT IS.

Maybe… [heavy exhale]. Something to do with when you use the restroom, but you watch it all the time. [laughs] Actually watching someone defecate. But’s it’s in a box. That’s what television is, except for Total Request Live, which is like eating Bonbons with girls fanning you in bikinis. That show rules, man. I’m totally kidding. [laughter] 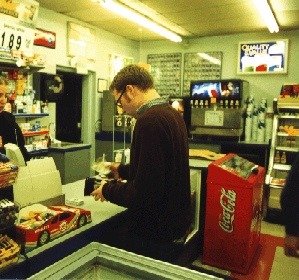 Mouth. [laughter] Sometimes I don’t know when to shut up. But I don’t know what title represents my life, but that movie is awesome. Always be a kid, stay young forever, right? Never grow old.

WHAT DO YOU REMEMBER ABOUT YOUR FIRST BICYCLE?

It had a banana seat. It was like a low-rider bike, but without the “low-rided”… I guess would be the terminology [laughter]. Now that I think about it, I wish I had it now because I totally would have dropped it, [laughing] and get chain handlebars. It wouldhave been hot. But it was blue. It was a Schwinn. I remember one time I was riding it and I was just looking at the ground and I nailed a parked car head-on and flew into the windshield. Looked around like, [matter-of-factly] “Oh.” But no one saw me.

HOW OLD DO YOU THINK YOU WERE WHEN YOU GOT THAT BIKE?

Probably six, when I learned how to ride it.

WHAT’S GOING ON IN YOUR LIFE RIGHT NOW?

[exhale] Right now I’m on a 70-day tour with my band. Uh, just living life. Have a new record out and started a record label. That’s what’s going on in my life. Missing my girlfriend. Being on the road, dog. [laughter]