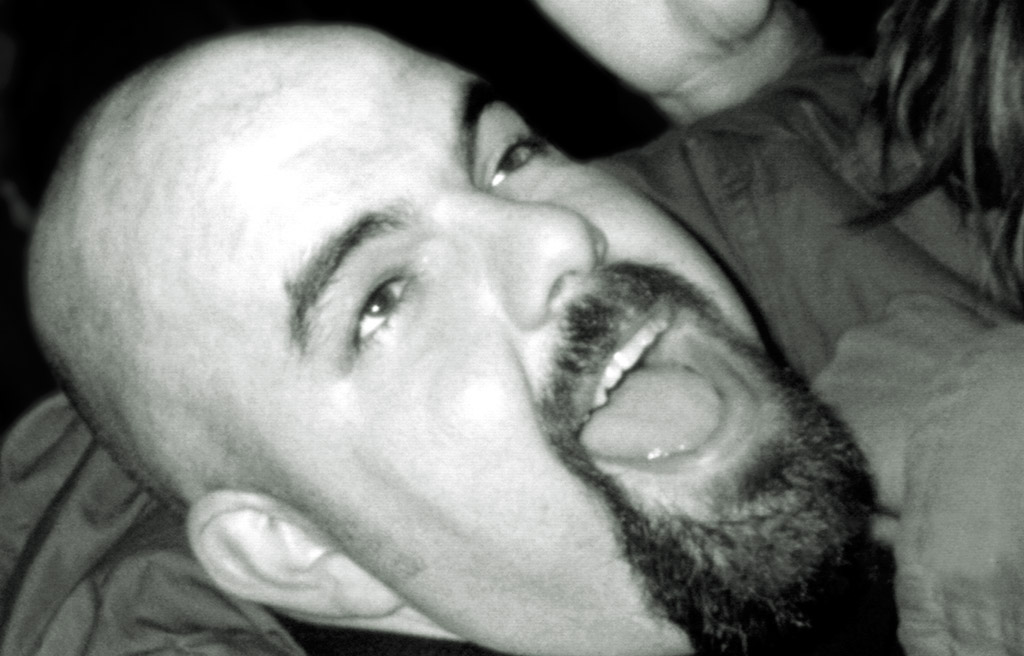 When Tom Husman was interviewed for K Composite in 1999, his introduction in the magazine went something like this:

Thomas Chapman Husman, Jr. works with his father in Toledo, Ohio, where they paint walls and houses. Several times a year, he puts his painting work on hold to accompany independent rock bands on tours in Europe and occasionally in the United States. In that capacity, he serves as a merchandise salesman for these groups.

At 6’0″ and 250 lbs, Tom is almost always laughing and/or helping other people do the same. When he visits Europe on tours, the fans are often just as thrilled to see him again as they are to see their favorite bands. He is one of those people who has the keen ability to invent phrases which become a part of his friends’ everyday lives. A few favorites are, “Oh, you wouldn’t know anything about that,” and, “Whoops! Did I say that?” At age 30, he is already calling people “son” and his ingenious sense of humor always promises something new each time you see him.

Tom was interviewed via e-mail, so we unfortunately don’t have the benefit of a back-and-forth conversation with a lot of use of the “[laughter]” indicator. Nonetheless, there should be plenty of laughter here.

Note: A few of his friends that he mentions are Chris “The Hört” Reinstatler, who is the drummer of Metroschifter, and Dirk “The D-Man” Hemsath, who runs the Doghouse Records label in Toledo.

What is your earliest childhood memory?

Tell me about your relationship with Volkswagen.

One of the most timeless and well-thought-out vehicles to ever drive on God’s green earth. Too bad it’s so hard to get that hippy stink out of them.

What do you hate most about hippies? 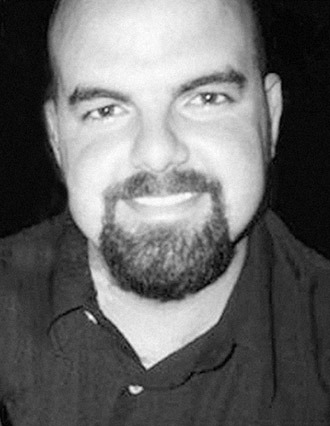 How many times have you sent flowers to girls?

Who is Tom Husman?

The guy you want to see sleeping naked in your mom’s bed, when you get up in the morning.

Who are his enemies?

No one except for the punks who play punk rock early in the morning. For some reason this only happens in Europe. They must not think that alarm clocks are D.I.Y.

Who is Tom Husman’s arch nemesis?

Tell me about foreigners.

“Juke box hero” is like my favorite song. I think Lou Gramm wrote it about me.

If you were a professional wrestler, what would your gimmick be?

Who was your favorite 19th century American president?

Is this a trick question?

Who is your ultimate fantasy lover?

Jennifer Lopez. Baby’s got back. Maybe the Hört… but he’s no fantasy. Wink, wink… Sorry, Boozy.

What magazines or newspapers do you have sub- scriptions to?

What is the most negative effect that television has had on your life?

I can’t go 30 minutes without comparing a situation in my life to something that happened to Homer on The Simpsons.

Who is your favorite Simpsons character?

Homer Simpson without a doubt, followed by the guy in the bee suit.

If a woman remarries after a divorce should she have another bridal shower?

An industrial strength acid bath can’t get the stink of that first marriage off of her. But seriously, why not? As long as she doesn’t expect a second gift from me.

Tell me about the D-Man.

He’s got the biggest mansion, the fastest speedboat, and the coolest Porsche in all of hardcore. Tony Victory and Andy Rich wish they had his style.

How many girls have you kissed in your life? Do you wish that number was higher or lower?

Maybe 75. I lost track at around three… that’s years, son. Higher, of course.

If you had a robot, what applications could it perform in your life?

This is a family publication so let’s just say donkey punches.

If you were a superhero, what would your name be?

What super power would you possess?

The ability to make every crappy hardcore band break up and start a barbershop quartet. It would make shows much more enjoyable.

Do you have any plans for your afterlife?

Reunite the three best bands of the 80’s… Endpoint, Loverboy and Bon Jovi. Manage them, and get a big record deal on Doghouse. Or if we were really lucky, Conquer the World [Records].

Because your life seems like a series of 30-minute sitcom episodes, and because you live above a family’s garage (like the Fonz), if in fact your life was a sitcom, what would the theme song be like?

What is the most ’90s thing about Tom Husman that just won’t fly in the new millennium?

List all of the nicknames you’ve had and give a brief description of when you were called that.

“Huck”… shortened version of above.

Why do you suppose many people call you by your last name?

Because “Husman” is so much cooler than just “Tom.” There are millions of Tom’s, but only one Husman.

Do you respect Rodney Dangerfield?

Of course. Didn’t you see “Ladybugs”? But seriously, he tells great jokes. Here’s one that I like. “I started a new diet, it’s Viagara and prune juice. I don’t know whether I’m coming or going.” …one of our comedic greats, along with Margret Cho.