Christopher Jason Reinstatler (whose friends call him “The Hört”) likes to have a good time and laugh about funny things. He often has a demeanor along the lines of Super Dave Osborne, so while he’s in the thick of the comedy, he is acting like he doesn’t know that something is funny… which just makes it funnier.

He was born in Chicago, and lived in Cresaptown, MD, Boston, Cincinnati, and Toledo, before moving to his current homebase, Louisville. The Hört co-owns a t-shirt screenprinting business and enjoys life at home with his dog, a Boxer named Satchmo. He was interviewed for K Composite in 2000. 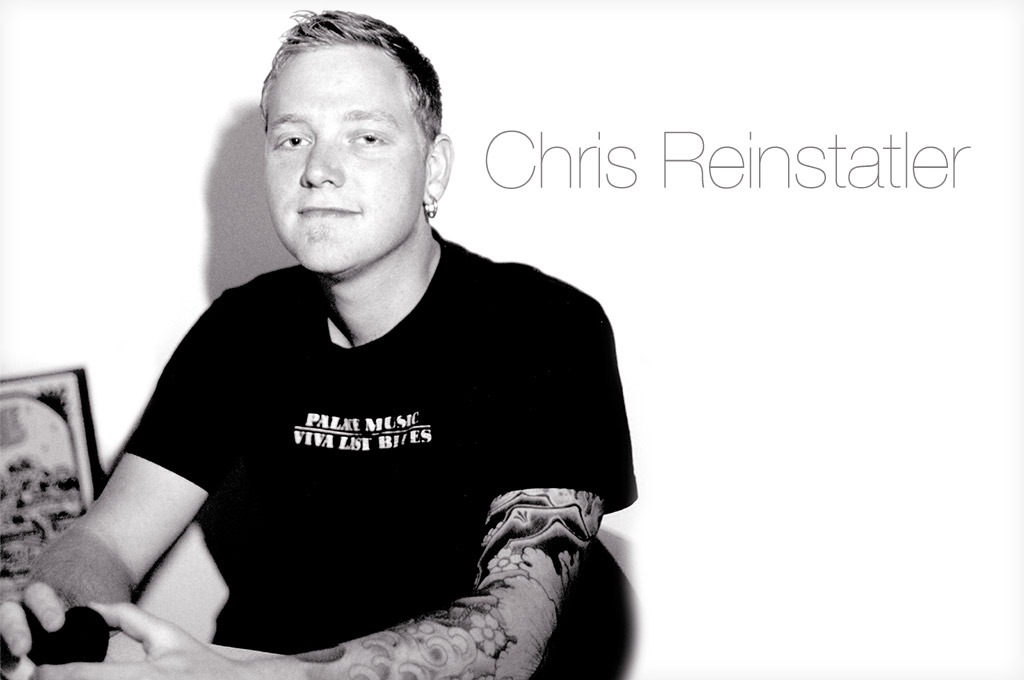 WHAT IS YOUR FAVORITE MOVIE?

Ever? Favorite movie ever… [13 seconds] Probably “Brewster’s Millions.” [laughter] You like that movie? Is it bringing back some funny memories for you? [laughter] No, that’s a good movie…

I’M JUST REMEMBERING MY FAVORITE PART OF IT, WHICH WAS…

The end? The credits. 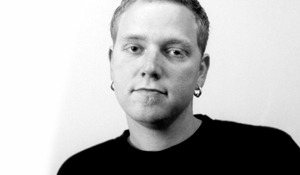 THE TRAILER. THAT’S ALL I EVER SAW…

No, I don’t have a favorite movie, there’s just a lot that I like. Quite a few that I like a lot. Recent ones that I thought were really good… “Good Will Hunting” I still think is really, really good. “Gross Pointe Blank” is real good and real funny. “Caddyshack” is a funny, funny movie.

Rodney Dangerfield… playing Journey out on the golf course… is amazing.

DOESN’T GET ANY BETTER THAN THAT.

HOW DO YOU FEEL ABOUT DRINKIN NITE?

Drinkin Nite is a blast about 80% of the time. Sometimes it falls apart. I love rolling with the SO’s and going out. Causing some trouble on Drinkin Nite. We roll hard with the Matador, the Big C, Tower, Snake. And, yeah, sometimes we get into some trouble here and there. But sometimes some people drop out and it’s not as fun. Snake and V-Dog don’t get there and it’s kind of average if they’re not there. And sometimes you’re not there, sometimes I’m not there. But when everybody’s together it’s amazing. It’s a great, great group of people who like to drink a little bit and have a little bit of fun. We make much party.

WHAT’S WITH PUTTING $5 IN THE DAMN JUKEBOX?

[laughs] I’ll tell you what’s with that is I like to hear my songs there. They have a lot of good songs on that jukebox, and I like to play them. Sometimes you hear some really bad music there and I don’t like to hear that, because I know there’s real good music there. So yeah I play 35 songs I think you get for five dollars. It’s a real good deal. That’s why I do it, I guess. Because, actually, it was a mistake the first time I did it. I gave the guy a ten or something, at the bar, and I just shoved my change in my pocket, then I was going to play some songs, and I just put… I didn’t look at it… and it popped up as 35 songs, and I was like, “Wow, that’s 35 songs.” And I tried to play the same song 14 times in a row, and it wouldn’t let me do it. It only played it once. One time. Not even twice.

What do the “pants style” consist of? No shirt and just pants?

NO SHIRT AND JUST PANTS.

I’d do the body. Full body.

Exactly. Except he has one arm exposed and the rest… I’d want both of my arms covered. It’d be a full body suit, and I’d probably wear a mask, too.

OH YEAH. YOU’VE GOT TO WEAR A MASK. YOU DON’T SEE ENOUGH OF THOSE ANYMORE.

EVERYBODY WANTS TO BE FAMOUS.

Yeah, yeah. But you know, if you wear a mask and you start losing… take a couple months off, come back without the mask, nobody knows who the hell you were.

YEAH, OR THEN IF YOU GET REAL FAMOUS WITH THE MASK…

You can have two people. You can just be two people at the same time. You could wrestle twice a night.

GET FAMOUS AS BOTH OF THEM, AND THEN WHEN YOU GET DE-MASKED… “OH! IT’S THAT GUY!”