Moa Åsa Olivia Blomkvist grew up in a small town in the middle of Sweden. That’s where she went to school and as a little girl dreamed of becoming a lawyer. She recently accompanied her husband in China for six months while he was working at the Swedish Embassy in Beijing.

Moa is friends with photographer Emily Dahl, who took these pictures and introduced me to her.

Born 25 August 1988 in Östersund, Sweden / 164 cm / Dark blue eyes / Favorite Atari game: “I remember that I loved Mega Man, actually only because of the soundtrack.” 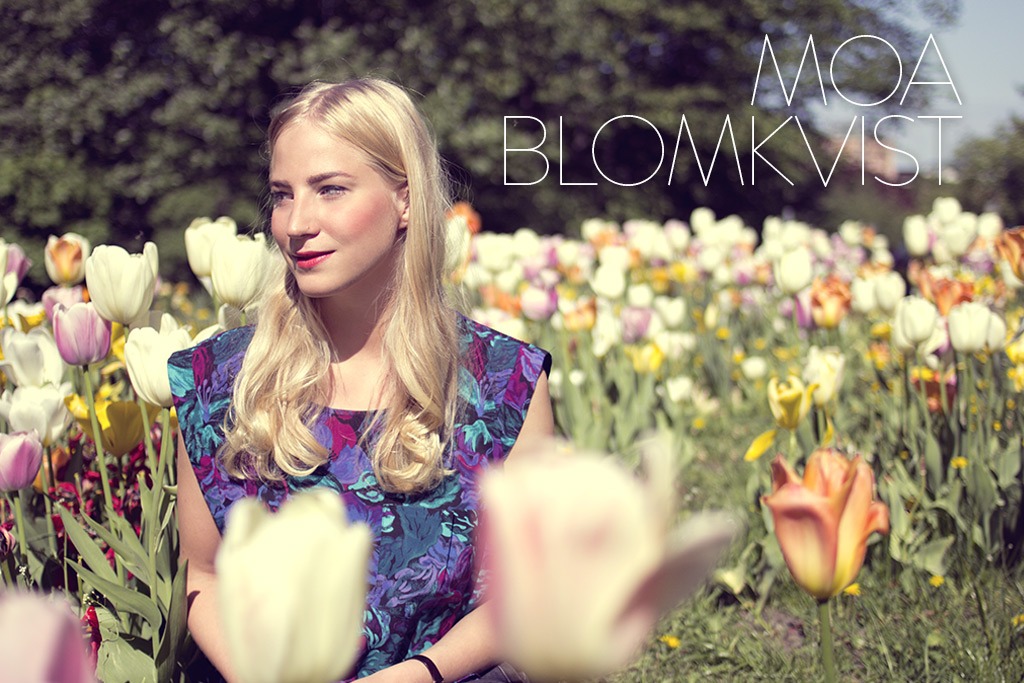 DO YOU KILL BUGS AND INSECTS?

Yes, but not wasps. Then I just run, unfortunately.

HOW OFTEN DO YOU SEND THINGS THROUGH THE MAIL? REAL MAIL, I MEAN, LIKE A PAPER ENVELOPE WITH A STAMP ON IT.

Never! And I am pleased that I never have to reveal my handwriting. [laughter]

TELL ME ABOUT WHEN YOU LEARNED TO RIDE A BICYCLE.

It was my dad who taught me, in the most traditional way. He was holding onto the bicycle’s carrier rack and he let go when I didn’t notice. It was in the spring on Biblioteksgatan (“Library Street”) in Östersund.

Eventually, I started riding by myself – up and down and all around the neighborhood, all summer, with a purple foam helmet. But then came the autumn and I lost my bike key in a big pile of leaves… which I just had to jump into! 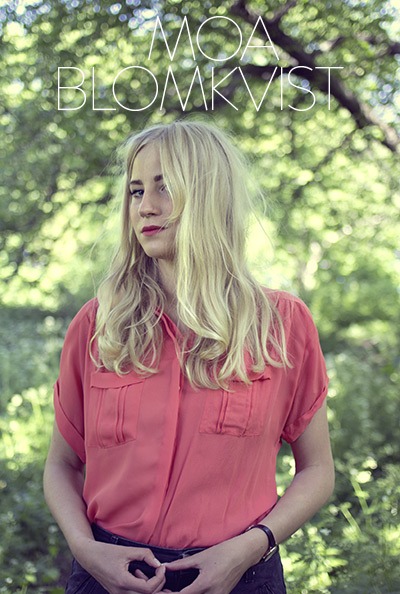 HAVE YOU EVER HAD A BAD WRECK ON A BICYCLE?

No, but I have two brothers, so I insisted on always having a men’s bike. I probably fell down on the bar now and then.

YOU’VE FOUND YOURSELF IN SOME PRETTY EXCITING SITUATIONS. WHAT KIND OF ADVENTURES DO YOU HAVE?

The other day I was telling my friend about when I was crossing the border between Thailand and Malaysia. I took a night bus and the bus stopped for border control. All the passengers had to get off the bus, take their luggage out of the luggage hold, and go through border control individually.

When I climbed into the cargo space, the door closed behind me. There I was, sitting between suitcases and cages with chickens that were clucking. The bus drove through the border with me in the cargo hold and I stepped off the bus into Malaysia.

Luckily, I had a diplomatic travel companion with me when we had to explain what had happened to the border guards.

[laughing…] THAT IS INSANE! I’M SO GLAD YOU’RE NOT IN A MALAYSIAN PRISON RIGHT NOW. [laughter] DOES CRAZY STUFF HAPPEN TO YOU ALL THE TIME? DO YOU ATTRACT UNUSUAL ADVENTURES?

Not really, but I find my life interesting.

IT SEEMS TO ME LIKE CHINA IS A COMPLETELY DIFFERENT WORLD. DID YOU FEEL LIKE YOU WERE FROM ANOTHER PLANET WHEN YOU WERE LIVING THERE?

No, but it is different being in a country that has never been a democracy. Beijing is a city of contrasts – skyscrapers jostle with hutongs (Beijing’s characteristic narrow alleys)…

If I ever felt like I was from another planet, it was when I got my hair cut in a hairdressing school and became a research subject. 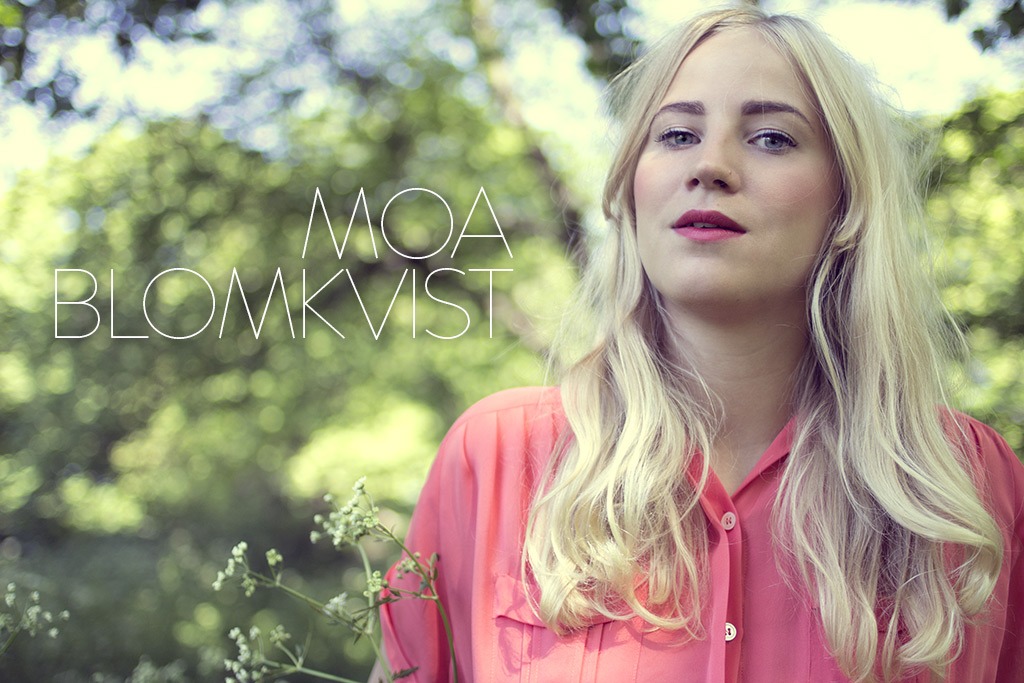 WAS IT A DRASTIC HAIRCUT?

It wasn’t anything drastic. In China, they have very straight hair, like I do, so I felt very safe.

The last time I did something drastic was when I – as half of all teenagers have done – dyed my Scandivanian blonde hair black, one night with my best friend. She dyed her hair purple. But she has always been a bit braver than me.

WHEN THEY WERE MESSING WITH YOUR HAIR IN CHINA, WERE THERE STUDENTS ALL AROUND POINTING AT YOU?

Exactly. There were probably ten students around me, lifting up my hair and inspecting my scalp over and over to be sure it was completely natural.

[laughs] HOW LONG WERE YOU IN CHINA? 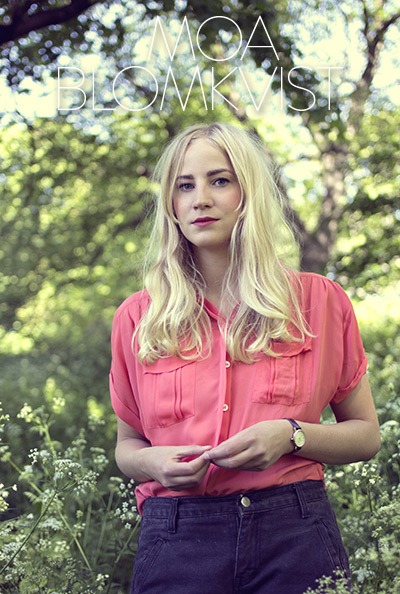 TELL ME ABOUT THE SWEDISH EMBASSY IN BEIJING. WHAT KIND OF PLACE IS IT?

Oh, quite large. It’s in a fenced area with a gatekeeper 24 hours-a-day. There’s a pool, apartments, an office and the ambassador’s residence.

DO A LOT OF PEOPLE LIVE THERE?

We lived there, then there was a terraced row of four families, the ambassador’s residence and a small apartment for trainees. Most people who work there live in a mansion a few blocks away.

WHEN YOU WERE A LITTLE GIRL YOU WANTED TO BE A LAWYER. DO YOU LIKE ARGUING?

Not as much as I used to. Now I choose my battles.

HAVE YOU EVER TAKEN DANCING LESSONS?

Never. I wanted to take ballet classes, but when my mother was four, she wet her pants during a ballet lesson. Therefore, I was never allowed to participate in ballet lessons as a child. 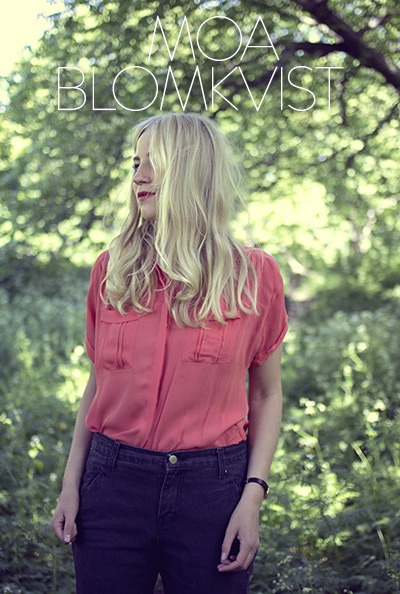 DID YOUR MOM WET HER PANTS A LOT WHEN SHE WAS A KID?

I MEAN, WERE YOU PREVENTED FROM DOING LOTS OF THINGS BECAUSE OF YOUR MOM’S UNUSUAL RESTROOM BREAKS?

No, but there were some things she had to do as a little girl that she encouraged me not to do as a child. For example, taking horse-riding lessons, recorder lessons and having red clothes. Unfortunately, I don’t have any background stories for why this was the case.

DO YOU EVER FILL OUT THE QUIZZES IN MAGAZINES THAT ARE LIKE “WHICH PERSONALITY TYPE ARE YOU?”

Never, since there usually only three personality types.

WHAT ARE THE THREE PERSONALITY TYPES?

The controlling type, the easy-going and the career type.

WHAT TYPE ARE YOU?

[laughs] I’m none of them. I’m more complicated than that.