When interviewed for K Composite in October 1999, Katherine Bilby was a student at St. Francis High School. The private school is located in the same building as K Composite’s office was at the time. We got to know her and many of her classmates and friends from seeing them around the building during lunch breaks and fire drills.

Katherine is intelligent, honest and self aware with an unusual accuracy. She even reports her height with precision to a quarter of an inch (5′ 4.25″). One of her favorite records is by Miles Davis. She has generally nice things to say about her parents, despite their tagging her with the childhood nickname “Peanut.” Luckily, it wore off and nothing else caught on.

WHAT COLOR ARE MOST OF YOUR CLOTHES?

Blue, actually. I noticed that the other day. My whole closet was full of blue clothes. I don’t mean to buy them either…

WHEN IT RAINS, WHICH WAY TO KEEP DRY WOULD YOU PREFER; RAINCOAT, UMBRELLA, OR SOME OTHER WAY?

WHAT COLOR ARE THE WALLS IN YOUR ROOM, AND DID YOU CHOOSE THE DECOR?

Yellow. Yes, I did. I used to have a light pink “girly” motif [laughs], but I changed that a few years ago. 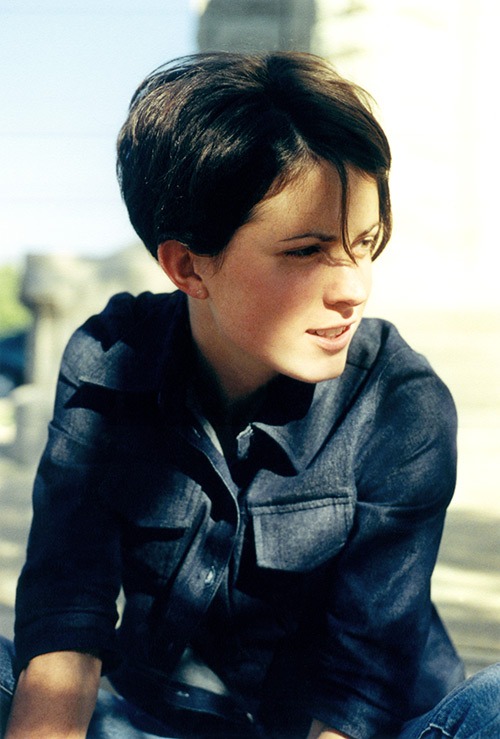 HAVE YOU EVER BEEN RUSHED TO THE HOSPITAL?

LET’S HEAR ABOUT THAT!

I noticed the question in your last magazine. That was kind of an insult. [laughter]

Yeah, I’ve ice skated my whole life, and then maybe three years ago I was practicing for a competition the following weekend. And I did something, fell, got a concussion. I don’t know what I was doing, but I blacked out. [laughter] It turns out I had a double-fractured skull. Whatever that is.

WOW. THAT SOUNDS BAD. I’M NOT SURE WHAT IT IS.

I was in the hospital for a couple days. It was really weird because I’d never broken anything before.

THAT’S THE ONLY HOSPITAL-RUSHING STORY YOU’VE GOT.

Yeah. I’ve only been in the hospital twice.

IF YOU MOVED AWAY FROM LOUISVILLE, WHERE WOULD YOU CHOOSE TO LIVE?

HAVE YOU BEEN THERE?
Mmm hmm, it’s beautiful.

YEAH. IF YOU HAD BEEN BORN MANY YEARS EARLIER, WHO WOULD YOU RATHER HAVE DATED; ELVIS PRESLEY OR EVEL KNIEVEL?

ARE YOU AN ELVIS FAN?

Not particularly, but it’d be a lot more exciting, I think. [laughs]

YEAH, AND PROBABLY NOT AS STRESSFUL.[laughter] WHAT APPEALS TO YOU ABOUT ELVIS OVER EVEL KNIEVEL?

HE IS. DO YOU WEAR ANY SORT OF CORRECTIVE LENSES?

Mmm hmm. I wear contact lenses. And then, I also have a pair of glasses. I actually just got them about three months ago, and… their kind of trendy which is what I’m finding out now, but I didn’t have those intentions of getting some artsy glasses [laughter], but apparently now everyone’s wearing them. So I don’t really like to wear them. They’re like rectangular, thin black rimmed. Kind of disappointed…

WELL, PART OF BEING A TREND SETTER IS BEING A PART OF THE TREND.

[laughter] Well, see, my problem is that I always look like a librarian in glasses. And maybe everyone does, but I think I particularly do. These were like the first pair of glasses where I don’t think it was quite as bad. But, oh well.

[four seconds] What kind of smart? Book smart? Or…

AH, THE AGE-OLD QUESTION. [laughter] I WOULD HAVE TO SAY A COMBINATION OF ALL [laughter]… BOOK SMARTS AND STREET SMARTS AND…

I guess I’m supposed to say 10, but there are certain things… like I’m bad at memorizing the stuff I should memorize, but I notice weird things and I remember them. I’m bad with names. So I have a bad memory skill. I think I’m pretty perceptive of people, which is a form of intelligence, if you will… [laughter] 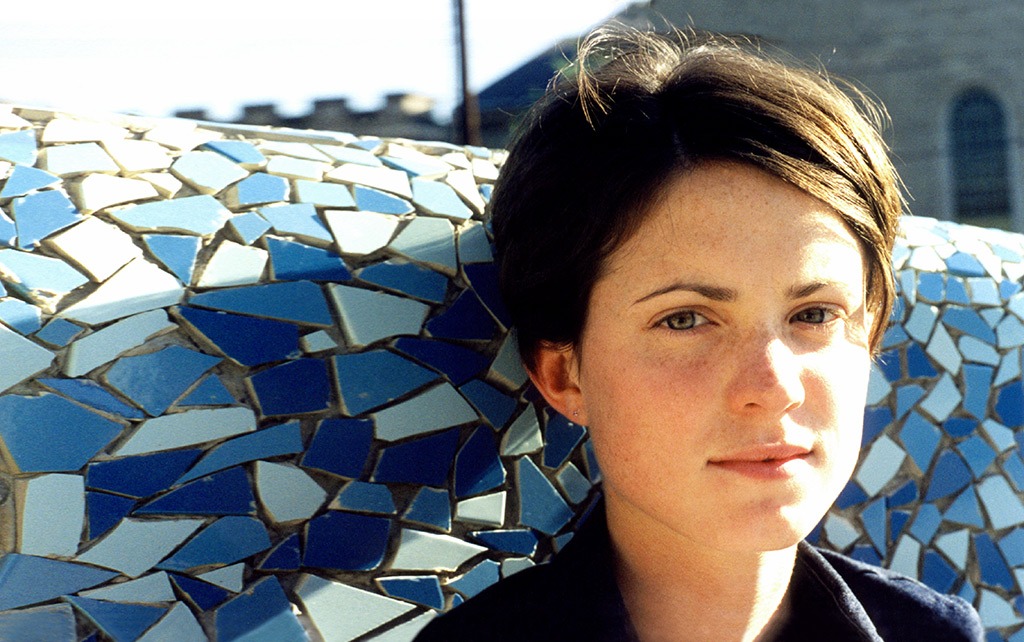 IT IS. SO WOULD YOU SAY…

It comes and goes. I’d say I’m pretty organized for the most part. Let’s see, probably an 8.

[laughing] What kind of question is that?! Attractive? I’m going to sound arrogant no matter what I say, so I’ll just go with a 10. [laughter] Why not! I mean, I’m not a supermodel but, you know…

HAVE YOU EVER TRIED TO ESTABLISH A NICKNAME FOR YOURSELF THAT DIDN’T CATCH ON?

No. [laughs] I don’t like any kind of nicknames of “Katherine.” So that doesn’t really work. My parents used to call me Peanut when I was little. 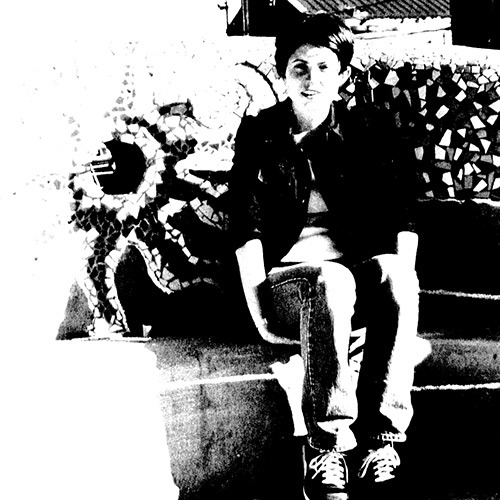 Because I was really fat. A little irony there.

Yeah, I do. Definitely.

That’s terrible [as in “that’s a terrible idea”]. I will not try that, either. [laughs]

WHAT DO YOU FEEL IS THE MOST SIGNIFICANT WORLD EVENT THAT HAS OCCURRED DURING YOUR LIFETIME SO FAR?

SIGNIFICANT TO THE WORLD.

Mmmm. [23 seconds] Probably the war in the Middle East. That’s probably a boring response, but maybe historically the most accurate. What’s happened recently? Just put that. I don’t care. [laughter] I’m going to come off sounding like such a dork. I’m kind of brain dead right now.

AFTER I GET IT ALL TRANSCRIBED AND EVERYTHING, I CAN GIVE IT TO YOU AND YOU CAN GO THROUGH IT AND…

I DO THAT WITH EVERYBODY. MOST PEOPLE DON’T CHANGE ANYTHING. SOME PEOPLE CHANGE LITTLE THINGS. BUT ANYWAY, HOW OFTEN DO YOU WEAR SUNGLASSES?

[seven seconds] Not all the time because I have a problem with breaking them. Because I always lose them and then I find them somewhere broken. I’d say, probably… If I could, I’d wear them every day it was sunny. But I probably wear them once every other week.

WHAT ARE YOU GOING TO BE WHEN YOU GROW UP?

[laughing] Good question! I wish I knew. I don’t know, it kind of changes a lot. Basically whatever mood I’m in in a certain week is what I’m going to be. You know?

Like some days I want to be a doctor, which sounds kind of cheesy, you know? But I think it’s kind of interesting. Some days I’d like to be a photographer, but I just started, I’m not any good, and probably the reality of me actually doing that is… unlikely. Sometimes I’d like to be a lawyer. But law school sounds like a bad idea. And it’s really hard. Mmm, what did you want to do? 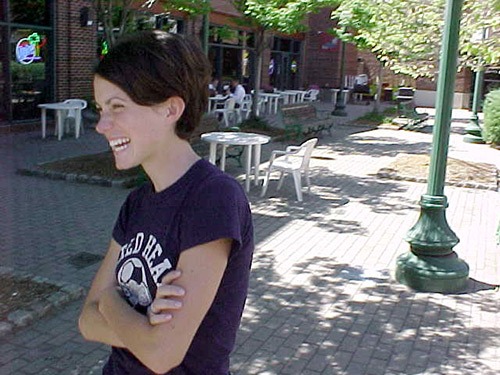 NO. I STILL HAVE NO IDEA WHAT I WANT TO DO.

YEAH. IT’S… I MEAN, I’VE ALWAYS HAD LOTS OF IDEAS.

LIKE, I WANTED TO PLAY MUSIC, OR MAKE MOVIES, OR DO THIS, OR…

The “do this” answer should be the answer. [laughing] It looks good.

YEAH THIS [MAGAZINE] WILL PROBABLY KEEP ME INTERESTED FOR A LITTLE WHILE. IT’S INTERESTING. DO YOU GET GOOD GRADES?

Um, I’d say compared the the average person, I do, but…

That should be enough! [laughter] No, I think it was 8-point-8-something actually…

I do get good grades. I wish they were better, because I’m trying to get into college. And school’s really hard.

Mostly B’s now. It used to be all A’s. Back in the day. Freshman year. It’s a little harder now.

WHERE’D YOU GO TO GRADE SCHOOL?

I went to Highland Middle School. A great place, let me tell ya. I didn’t really learn anything there.

WHAT IS YOUR BIGGEST SECRET THAT YOU DON’T PUBLISHED IN A MAGAZINE?

[laughing] Why would I tell you! [laughter] Do you really expect me to tell you?

YOU CAN MAKE SOMETHING UP IF YOU WANT, OR YOU DON’T HAVE TO ANSWER IT.

Okay. According to my 8-point-8-something, I think that I would probably be better off not telling you. You know what I mean? Like I’m trying to convince the average reader that I am an 8.85…

THEN YOU’RE CERTAINLY NOT DUMB ENOUGH TO ANSWER THAT QUESTION! 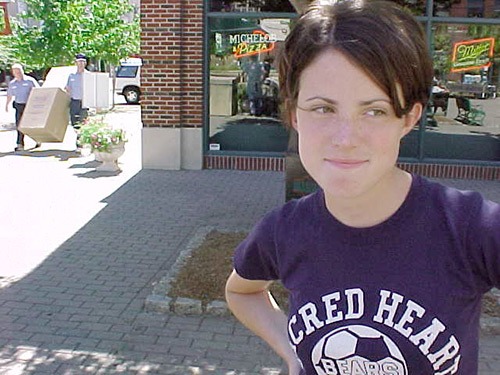 IF WE PUBLISHED A CATCH PHRASE OR TAG LINE TO GO WITH YOUR INTERVIEW, WHAT SHOULD IT BE?

OKAY. HOW MUCH MONEY DO YOU HAVE ON YOUR PERSON RIGHT NOW?

On me right now? Probably thirteen dollars. A couple cents in change.

WHAT TIME DO YOU TYPICALLY GO TO SLEEP AT NIGHT?

Last night, I went to bed at 2 in the morning. But, if I could go to sleep when I wanted to go to sleep, it’d probably be like 10 at night. On the week nights.

IF YOUR ALARM CLOCK IS NOT SET AND YOU HAVE NOTHING TO DO IN THE MORNING, WHAT TIME DO YOU USUALLY WAKE UP?

I always have stuff to do in the morning. Except for Sundays. Sundays I usually wake up around 11:30.

HOW LONG DOES IT TAKE YOU TO FALL ASLEEP?

[ten seconds] I’d say probably ten minutes, but you don’t always think about that sort of thing when you’re trying to go to sleep, so…

UNLESS YOU REALLY CAN’T FALL ASLEEP.

True, but it’s usually not a problem for me.

[laughter] Yeah. What is this Seventeen or something? [laughs] Let’s see. A “cool” bag would be probably like… I guess, Banana Republic has very nice clothes. Um, The Gap’s pretty average, you know, nothing to be embarrassed about. [laughter]

THAT SHOULD BE THEIR NEW SLOGAN. “THE GAP: NOTHING TO BE EMBARRASSED ABOUT.”

[laughter] What are some weird stores at the mall I don’t really go into? [eleven seconds]

I CAN THINK OF A FEW. BUT I’M NOT GOING TO HELP YOU.

[laughs] Oh you won’t help me, huh? I’ve never really noticed… Because, you know, you only go to the certain stores you like.

Yeah… [laughing] Something To Do. That’s a pretty dorky bag!

Hmmm. I think an Abercrombie bag’s pretty embarrassing, because that says a lot about you.

IF YOU HAD A MALL DIRECTORY?

I can’t say them I’m, you know, out there checkin’ out dorky stores. [laughter]

BILBY, WHAT KIND OF NAME IS THAT?

Thanks! [laughing] You ask these questions that could be said a lot of different ways. But, um, it’s really hard to pronounce, but I think the word “bilby” is actually some sort of Australian Easter Bunny kind of thing. But it’s actually a rodent, but Australia loves it. They actually have a cartoon on the internet, I saw one time, of the Australian bilby. You should look it up.

MAYBE I’LL LOOK THAT UP. THAT’S IT, THEN. WAS THAT VIRTUALLY PAINLESS?