Amy Riggs is a reluctant senior at Assumption High School. She is an actor and has performed in a number of plays there, in addition to being a part of the intensive Walden Theatre program.

Amy earned the 1999 Tomorrow’s Playwrights Award, a statewide honor, for her play “Laundry.” The one-act piece explores the ways a group of strangers unexpectedly connect with each other in a laundromat while washing their clothes.

At 17, Amy is the youngest of three children, and the only one still living at home. On top of her talent and accomplishments, she is hilariously funny and is almost always putting on a show. 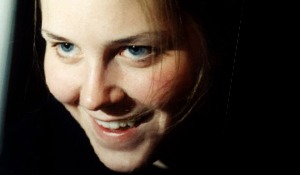 HOW MANY DIFFERENT TYPES OF SWIMMING DO YOU KNOW HOW TO DO?

I know how to swim doggy style… [laughter]

[much laughter] Sorry! Doggy style is a dance I like to do! [laughter] …and I can float on my back, and I can also pretend that I’m dead. You do that by laying on your face and, like, not breathing. You just float. And it looks like you’re dead.

SO THAT’S DOGGY PADDLING, FLOATING ON YOUR BACK, AND PRETENDING YOU’RE DEAD?

Yeah, I can attempt, but I don’t know if it’s correct. I don’t drown, though, so I guess it’s okay. 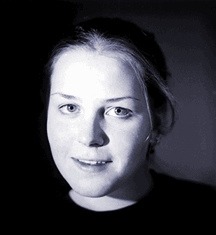 DO YOU GIVE MONEY TO BEGGARS?

No, and the reason why is because there is a chance that they might take the money and go buy drugs with it. So, I mean, sometimes I do if I’m in the mood and I don’t really care, but if I really… If it really looked like somebody needed some food I’d probably just buy them a meal instead of giving them money. That’s just common sense, I guess.

WHAT IS YOUR FAVORITE BATTERY SIZE?

My favorite battery size is D, and I like Energizer as opposed to Duracell, because Duracell sucks.

They fit in my stereo system in my car. So I use them most frequently.

I don’t think any size is too small because I think as long as you have a TV it’s a good thing.

WHAT IS YOUR FAVORITE MAGAZINE?

My favorite magazine is Bop because it has a lot of pictures of hot guys in it. [laughter]

WHAT WOULD MAKE A GOOD BROADWAY PLAY? 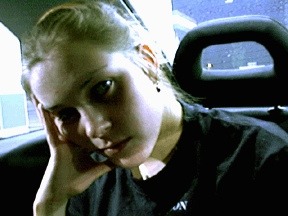 IF YOU COULD HAVE ANY CAR IN THE WORLD, WHAT WOULD IT BE?

SO I GOT YOU HOOKED [WHEN I SOLD YOU YOUR CAR]?

MY FIRST CAR WAS A CIVIC HATCHBACK.

YEAH, AND THAT’S WHY I’VE BEEN… YOU’LL NEVER GET AWAY FROM THEM NOW.

They’re very, very good cars, because I have a ’79 Hondamatic [a rare 2-speed manual transmission with no clutch] with race numbers on the hood, and it’s still alive and well.

IT’S OLDER THAN YOU.

Yes. It’s older than me. 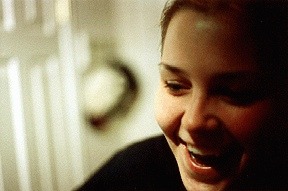