When interviewed for K Composite in 1992, Alice “Ner” Davenport was “a seventeen year old little girl whose daddy works for the phone company” and had moved his family four times.

She was born Dec. 19. 1974 in Louisiana and moved for the first time at age 8 to Birmingham, Alabama. After seven years there, they arrived in Louisville where they stayed for a year and a half. Here she went to Ballard HS and then early this year moved to Owensboro, KY [pop. 54,450].

O-boro, while it is the home of the world’s largest Sassafras tree, it is not what you would call a desirable place to be. Here’s how she’s dealing with it and trying not to let go of Louisville in the process. 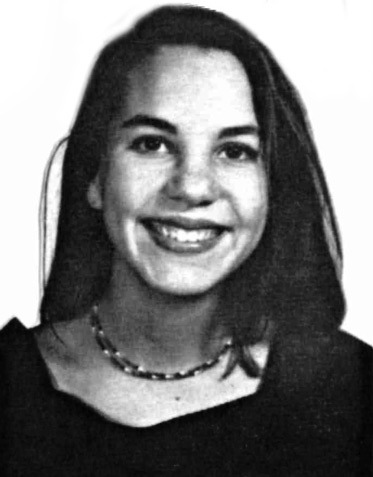 WHY DO YOU LIVE IN OWENSBORO, KENTUCKY?

The telephone company convinced my father that Owensboro was a “happening” place to live and for his children to “grow” and “expand” … not to mention the great attractions like the Sassafras tree, Ohio river, and the permanent fog. I also think going where the money is had something to do with it, but what do I know?

HOW OFTEN DO YOU BICYCLE AND FOR WHAT REASONS?

Every day. It helps me stay in shape and see the great sights O’town has to offer. Okay, so I lied. I never do, my tires are flat.

TELL ME ABOUT YOUR FIRST DAY OF SCHOOL.

I think that’s when I developed my phobia of heights… heights of hair, that is. Now every time I go to school, I have to look in the mirror about every hour or so and make sure my hair’s still straight. I think Owensboro put the hole in the ozone. 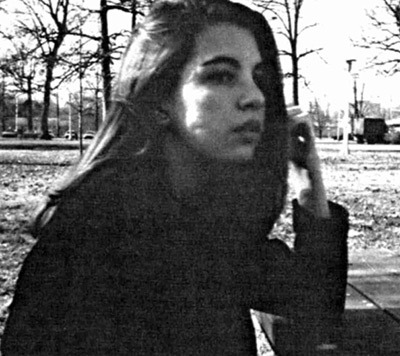 IS IT IMPORTANT TO KNOW WHAT YOU WANT TO BE WHEN YOU GROW UP?

No, because no one ever grows up.

WHEN WAS THE LAST TIME YOU PICKED FLOWERS AND WHY?

In my past life. Here in Owensboro there are not many flowers unless they are plastic due to the pollution and the taste of the people. I think they feel you should tear it all down, trees, bushes, etc., then let it sit there.

I don’t know sign language, but according to the stars I’m a Saggitarius – the Great.