Abbey Bradford lives in Lafayette, Indiana, a small city of about 60,000 which sits as an oasis roughly halfway between Indianapolis and Chicago. It is the home of Purdue University and is where Isuzu Rodeos and Honda Passports are made.

Abbey was interviewed and photographed by her friend Chris “Chip” Foresman, a Lafayette native who is currently living in Atlanta. We met these people in Lafayette through our mutual acquaintance Pat McClimans who appeared in K Composite Issue #4.

Abbey is a college student who also works in a bakery. Her interview was conducted in a moving automobile on weekend in August 2000 when Chris was revisiting his hometown. 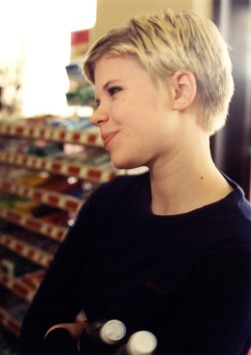 What do you do?

Well, right now I work at a bakery, which I really don’t like.

What do you do at the bakery?

I do a lot of stuff.

Run the cash registers… um… I clean… I do some of the baking, a little bit, just here and there stuff. It’s okay, it’s just not what I want to do with the rest of my life.

What would you rather be doing? I’m going to college this semester. And I really don’t know what I want to be yet.

With your baking experience in mind, if you were a doughnut, what kind of doughnut would you be and why?

I don’t like doughnuts. [three-second pause] I used to like glazed doughnuts a lot. They’re just… plain. You know, like the last ones everyone picks. They’re just always good. I don’t know, glazed is my favorite. But I don’t eat them anymore. I wouldn’t want to be a doughnut.

What would you want to be? If you had to be a baked good? 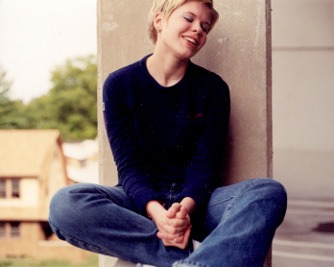 No. Have you ever fired a gun?

What kind of gun?

A rifle. I was at camp and we had target practice.

What were you practicing on?

Dummies… they were way out in a field. It was pretty fun, though. I’ve never fired a handgun.

Let’s try a little word association. I’m going to say a word or phrase, and I want you to say whatever pops into your mind. 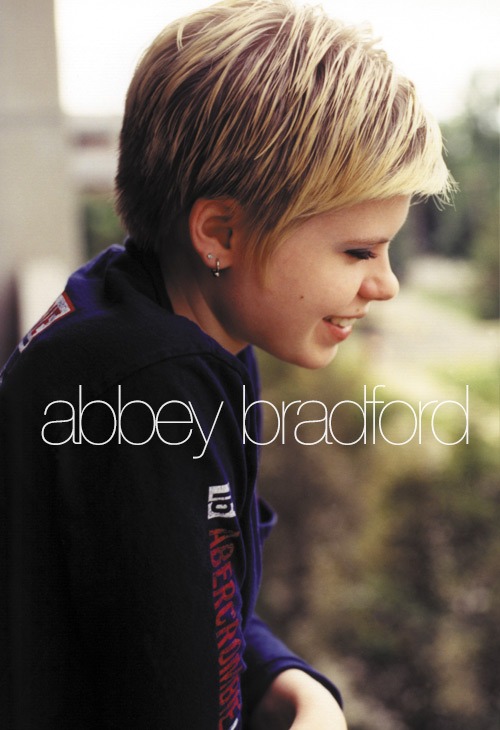 What? What are you talking about?

Anne said to ask about the mooshies… 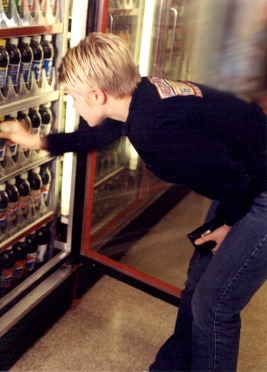 Moosh… [three seconds] Actually what she is talking about… Okay, she always makes fun of me because I like to eat certain foods that I put… She thinks it’s gross, some of the foods I eat. I don’t think they’re gross.

Okay, I eat rice and I’ll put different toppings on it. Okay, a long time ago my stepmom taught me how to make this certain rice casserole and it’s cream of mushroom soup and you bake it into the rice so it has flavor. And Anne thinks that’s gross. She makes fun of me. She calls it “moosh pot.” So I guess the first word that comes to mind is food.

So you make casserole, like everyone else in the free world?

She likes plain foods. She likes carrots, sandwiches… She doesn’t really like to make stuff. I guess I like to bake casseroles.